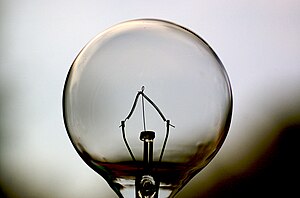 I think therefore I am!

Descartes, a French philosopher, came to that conclusion in 1644.   “I think therefore I am.”
– it had all started for Mr. Descartes when he wondered how he could prove that anything actually existed. For some reason, perhaps, just perhaps, everything he saw and experienced was imaginary.
Imagine Descartes looking at the door across the room, the floor leading up to it and then the very room itself and not being able to prove, with absolute certainty, that it wasn’t a figment of his active imagination.
I know, it’s enough to drive you just a little crazy right?

Well, eventually, Mr. Descartes was sitting alone in a world where everything may not be as it seemed but then, instead of looking outward, he looked inward, and by doing – realized, at last, he had proof.  The fact that he could think, that he had thoughts running through his consciousness, those thoughts proved he existed.

He came to a powerful conclusion.  “I think therefore I am.”

Around about now I’m sort of expecting a big “So what?” or “Huh?” from you…

Being an entrepreneur and a successful one at that, starts at exactly the same place as our half crazy Mr. Descartes.

He thought he existed, so he did. If you want to be a successful entrepreneur you need to have that inward belief too.

You need to know you are a kick ass, no holds barred, no obstacle to stop you, world shaking, entrepreneur.

You will have failures – its absolutely “guaran-damned-teed” and we live in a culture where failures are looked down on to the point where we deploy spin to prove they weren’t really failures but success….sometimes we even fool ourselves.

Spin, dodge and weave if you like but in reality, a failure is only truly a failure when you fail to gain education from the experience .

Maybe you hate failure, but how do you feel about education?

Now you and me, maybe after 10 pops, perhaps 100 pops maybe even 250 pops would raise our hands and said “I’m a failure! This is never going to happen! Where’s the remote?”

When Edison was asked if he minded having 9000 failures – rumor has it he answered,

So, as you start your business seize those failures, both small and large, and understand them, dissect them, know them even more intimately than your successes…they may not keep you warm at night but these are the lessons you learn, that help you to be a stronger entrepreneur and lead you towards your successes.

And if you really want to gain the best education from these failures make sure you OWN them.

What do I mean by that? If something goes wrong,  if there’s a failure don’t push responsibility for it onto someone or something else.

That makes you a pawn, a person pushed around by forces beyond your control.

YOU are responsible for your successes AND your failures.

You are COMPLETELY responsible. WOW – doesn’t that take a weight off?

Now you don’t have to worry about who to blame?

And now you also own the education and learning you get from these experiences.

“You think therefore you are”

Mr. Descartes proved it more than 350 years ago and a dead Frenchman can’t be wrong.

Do you think I’m half crazed?

Let me know with your comments – does any of this strike a cord with you?

Product Development: Creating A Winning Idea For YOUR Startup (Step 1)

Product Development: Creating A Winning Idea For YOUR Startup (Step 1)